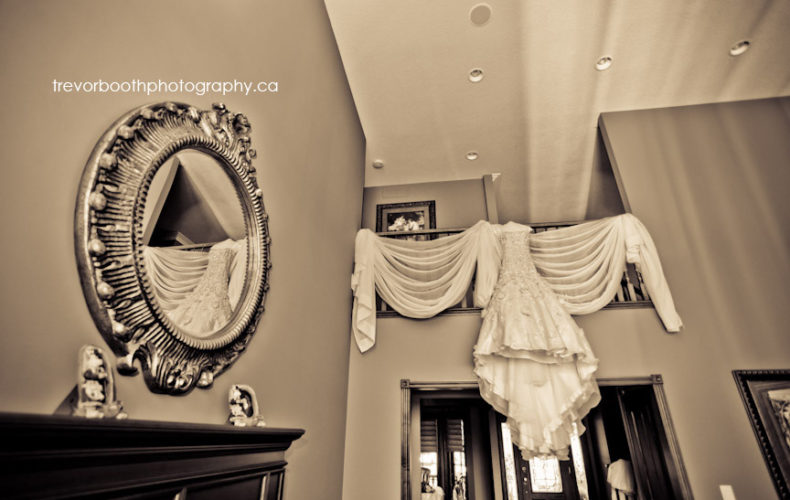 Melissa and Marc are another couple I got to know a bit better during their engagement photo shoot last fall on the campus of Windsor University. They asked to do it there as this is when and where they met – while attending U.
The morning of the wedding I drove to Leamington and right to Melissa’s parents place before going to see Marc and the boys. Normally I see the fellas first and then my bride but she asked me to photograph her dress first before getting into it as by the time I would have gotten back she would have already had it on. Off to the guys and then getting ready…then back to the Melissa’s parents place. The ceremony was at St Michael’s where I have photographed a few weddings throughout my years.
After dropping my car off at the Roma Club I hoped onboard the limo bus and we headed to Lakeside Park in Kingsville. The rain held off the entire time thankfully until we were back on the bus going to Pelee Island Winery where Melissa’s colourful umbrellas got some good use.
Thanks for letting me be apart of your day Melissa and Marc and sharing in the memories that will last a lifetime!
Cheers