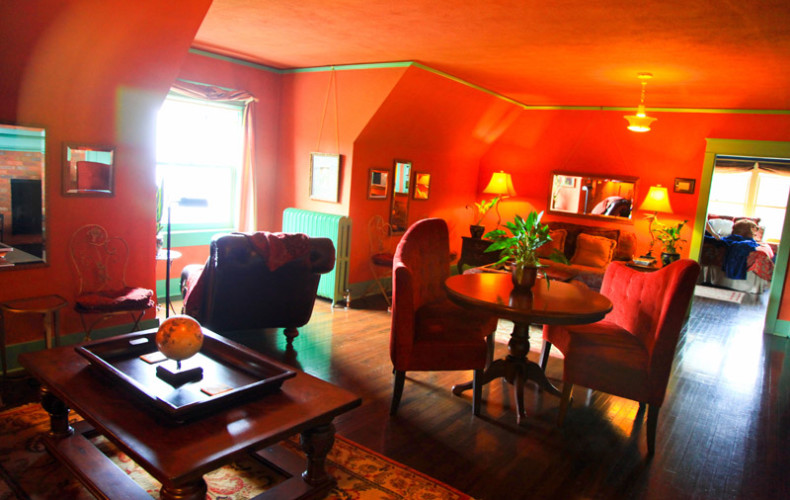 I flew in the previous day and in the morning had some time to check out the surrounding area and the Inn itself. The drive to the Inn from Portland is fabulous on the old section of the highway through typical west coast forest which is simple beautiful! Not to mention the air was the cleanest I’ve breathed in a very long time! The sunrise over the gorge that morning was simple magical and I will post these and more photos from Oregon very soon.

From the Inn it’s about 20 minutes to the famous Multnomah Falls. Morgan mentioned to me the night before that if we had time before the ceremony we could shoot down to the falls to take some photos if the weather was good. More on that later.

After my 3 hour scouting drive I headed back to the hotel, grabbed a bite to eat for lunch and got ready for the day’s events. Met up with Colette and waited for both the bride and groom to arrive. We planned on taking photos prior to the ceremony so we could miss the chaos of the guests and have more time to relax and enjoy it.

Morgan and Shiloh’s first meeting or first sight was very inspiring and emotional! And photographing it almost had me in tears myself! Walking the grounds of the Inn we got some fabulous stuff and thankfully the weather held out. Having 45-50 minutes to spare I made the executive decision to jump into my rental and zoom on down to the falls! And the stress of it all was worth every second! Colette escorted them up to the bridge and made sure it was clear of people for the shot. In the mean time I set my tripod (the first and only time I have every used one while photographing a wedding) and framed the shot I wanted. I took about 20-25 images and called them back down. Within ten minutes we were back on the road up to the Inn and hopefully on time for the ceremony. (Which we were!)

The ceremony went on without a hitch as did the reception! Dancing was enjoyed by all and when Morgan put on her cowboy boots, took dancing to the next level! Fun was definitely had by all!

I want to thank both Morgan and Shiloh including both their families for taking the risk hiring a photographer from so far away – another country at that! I really enjoyed myself and I would probably say it was one of my best weddings to date! Thanks again!