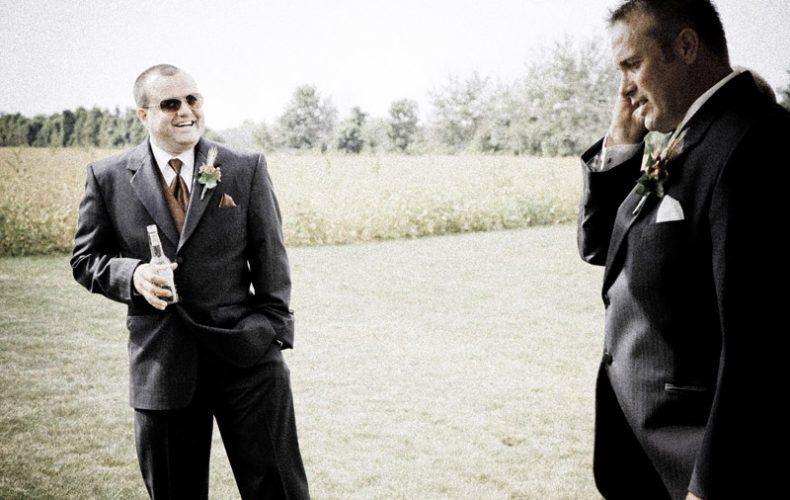 It’s been a while since my last blog posting…the year end is a tad crazy and when you’re in midst of selling your house and finding a new one blogging is put on the back burner.

Christine and Doug have one of those connections you see every now and then – so it was such a pleasure to photograph such an awesome outdoor wedding. I decided to try my luck with a second shooter for the first time this day as well. Jeff did a fab job and everyone enjoyed his humour! Thanks Jeff!

The outdoor ceremony went off without a hitch, though a tad cloudy, the rain held and the weather was quite pleasant. After the ceremony we went back to Doug’s parent’s farm where the photo opts were endless!

The day continued on to the evening where the reception was held on the grounds at their home outside of Leamington. The party continued throughout dinner with some of the most funny speeches I’ve heard!

Cheers and congrats to you both!