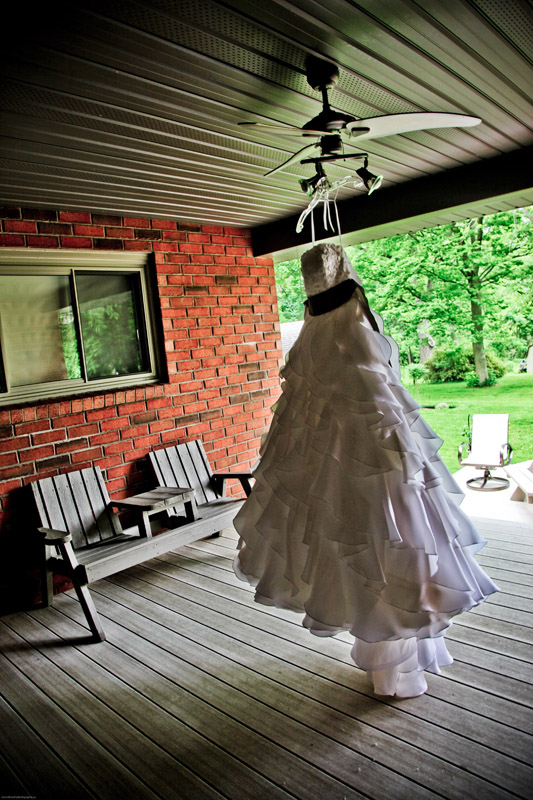 On the day the tornados ravished the north shore of Lake Erie I photographed Tiffany and James at Sprucewood Shores Winery. Thankfully the storm didn’t touch down where we were at but still cause a bit of havoc early in the morning when everyone was gone home from this fun filled day and night.

Tiff and James started the day in a very untraditional way. They both got ready at her parents’ house and we had a great pre-ceremony shoot at a neighbour’s house with a great view of the Lake Erie. Luckily the weather held then and the entire day for that matter, though it was overcast and a tad humid, everyone was in good spirits.

The ceremony went off without a hint of rain though at one point the amount of those white fluffy seeds from the areas trees filled the sky and it almost felt like it was snowing! Very surreal!

As the afternoon continued with the wedding party, lots of laughs were had and some of my favourite shots of the year (so far) came from this day. I have to give Tiffany kudos for her very hard work in majority of the decor which I’m sad to say most was lost in the storm later that night! But at least they have the photos to keep the memories alive!

The rain held till everyone got seated for dinner, then the fun began. Continuing with non-traditional ways, people had to arm wrestle the MC’s to get the bride and groom to kiss. As it turned out only a couple people were brave enough to attempt this who both won their fight.

The last part of the evening had the entire reception move from under the comforts of the tent to the front of the main building for fireworks. The rain had stopped in time for the pyro team to light up the sky then came back within minutes of the end. They couldn’t have asked for better timing!

Enjoy the photos and congrats to you both.
Cheers